The FIFA Task Force mechanism, an attempt by FIFA to ease the suffering of Palestinian football, was started after the FIFA 63rd Congress in Mauritius in June 2013, when the congress voted to give FIFA President Mr. Joseph Blatter a mandate to address the complaints raised by the Palestine Football Association regarding its inability to develop the game of football because of the Israeli occupation . It was reviewed in the following FIFA Congress in Sao Paulo, in June 2014.The FIFA congress had heard the report of FIFA President Sepp Blatter on the mechanism  (involving both the Palestine and Israel Associations), and had unanimously voted in a proposal by the President to develop the mechanism and try to fix its many shortcomings. A neutral monitor was appointed after the FIFA 64th Congress with a mission to oversee the proceedings of communication between the parties involved, and make sure FIFA intervenes to address any issues that may arise. The monitor presented both his report and resignation to the FIFA Executive committee in December 2014, and the Task Force reached a dead end.

So, Why did the Mechanism not produce any viable change?

1- The Israel Football Association (IFA) continued to assume the position of the Israeli political and military authorities, as reflected in:
2- The IFA continues to organize football official activities in areas under the jurisdiction of another association:

including allowing clubs in illegal Israeli colonies located in internationally recognized Palestinian territories (as per UN Security Council resolutions  (S/RES/242) and (S/RES/338), and UN General Assembly resolution (A/RES/67/19) to play, and be registered, in the Israel FA league, which constitutes a violation of articles 10-1, 13-1/i and 17-1 of the FIFA statutes.

3- The absence of a stance by the IFA, against discrimination and racism, in the areas under its jurisdiction, which constitutes direct violation of article 3 of the FIFA statutes:
It was clear to everybody that the mechanism was a failure. Palestinian football still suffered the same hindering difficulties:

Once the knowledge of PFA's proposal became public, the Israeli government formed its own "internal" task force to countermand the proposal, and bring it to an end, putting into use its arsenal of political influence and employing its diplomatic channels; President's of influential associations and confederations were visited by Israeli diplomats trying, on one hand, to convince them the proposal was a "political issue that should not be handled by the global football governing body", and waving the "anti-semitism" threat when the first option failed.

There were, however those public opinion groups and human rights activists who refused to buy into the Israeli claims and were actively campaigning  not only to suspend IFA, but to kick Israel out of football, as had been the case with Apartheid South Africa.

Even two days before the congress, the atmosphere was almost toxic. FIFA's President Blatter already had a huge internal problem to face beside the tens of Israeli government officials who had infiltrated the grounds of the congress and were lobbying the delegates; or the hundreds of human rights activists who were besieging the grounds of the Congress demanding that Israel faces justice. 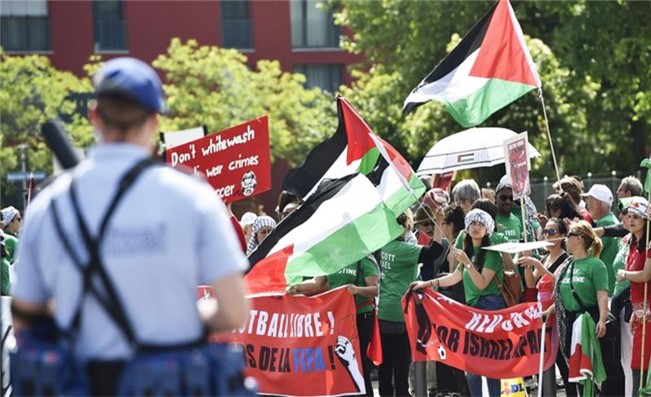 Blatter had the Presidential elections to worry about, and so did those who  wanted him saved and those who wanted to witness his demise.

The wheel of Fortuna was moving out of proportion; none of the football world tycoons seemed to take interest in the plight of the Palestinians as Fortuna was threatening to toss all up, down and about. The Palestinians had to quickly devise a plan "b' to safeguard their rights, and keep the "big guys" interested in finding a solution to the problems.


Following advice from the Presidents of all the Confederations, and other football prominent figures, the PFA proposal was amended where suspension was "suspended" from the proposal, in return for a promise that the Congress be asked to vote on the amendment that demands a neutral committee be formed by the Congress to handle all three grievances presented in the original proposal, and that proper disciplinary measures be taken within a specific time-frame against the party that does not comply.

And while the Palestine FA agreed to these terms for the sake of keeping the peace, and giving FIFA yet another chance to solve the problem, the vote turned into a poorly orchestrated fiasco that people interested in sport politics will not soon forget:

Despite all the attempts to "ditch" the issue, The 65th Congress agreed, by an overwhelming majority as set out in its approved minutes, and with the agreement of the IFA,  that the  "FIFA Monitoring Committee Palestine-Israel", chaired by Tokyo Sexwale, be mandated by the FIFA 65th Congress to cover the three issues, but “would not handle political or territorial matters” pending an answer on “the issue of territory” which “should be decided by the United Nations”.

Several meeting were held, much legal paperwork exchanged, and a lot of time wasted while the IFA procrastinated in an attempt to obscure the directives of  the committee and downplay its mandate.

It was the right time for ambiguity; FIFA and the world of football were all busy with the FBI crackdown on FIFA officials. Football tycoons had more up-close and personal problems in their laps than could fit the  added problems of the Palestinians. They had voted in a committee, and this committee had one long year to sort things out until they re-formed their alliances.

This report records the transgressions committed by the Israeli occupation during that year. Clearly, not much has changed: 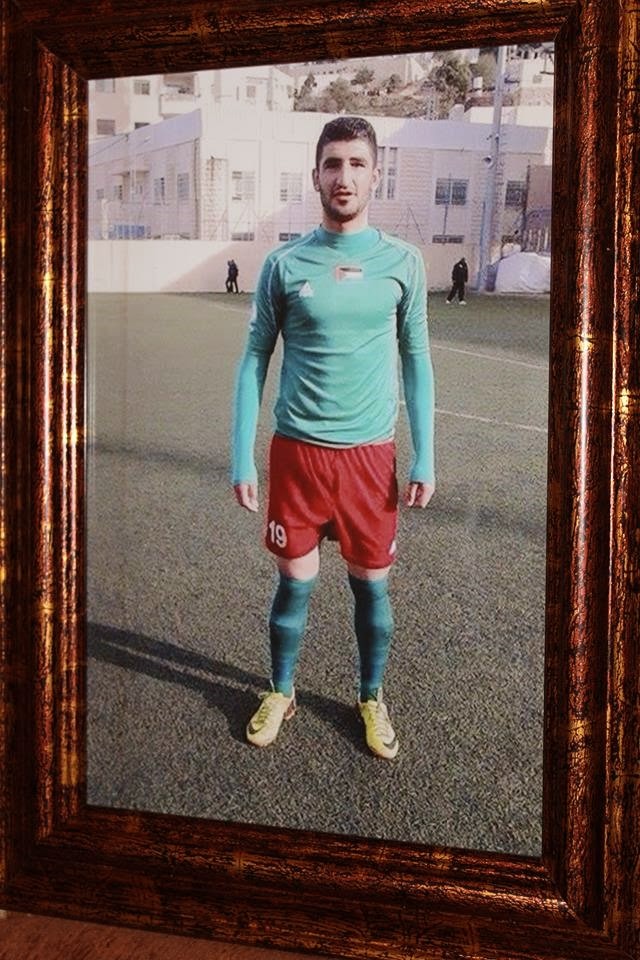 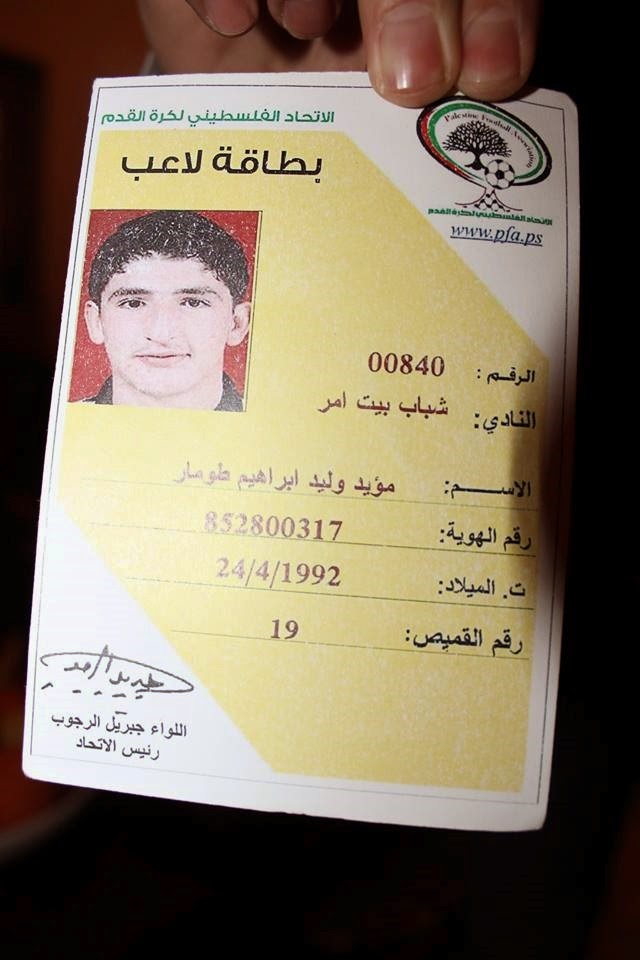 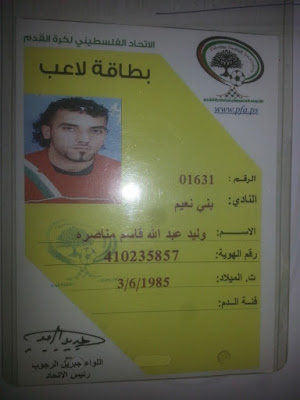 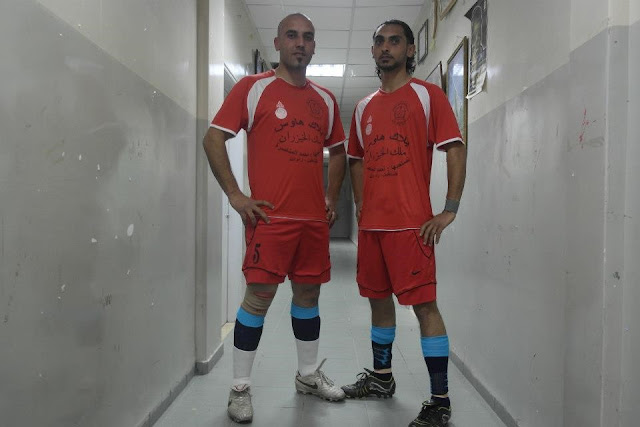 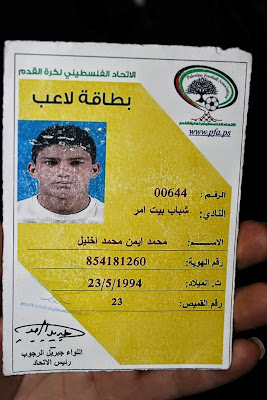 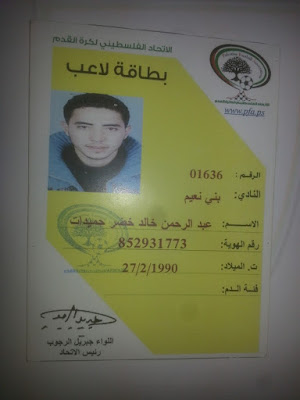 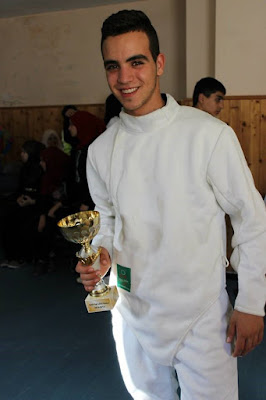 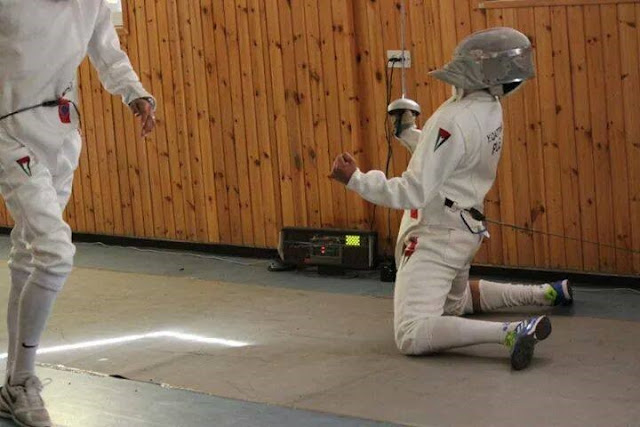 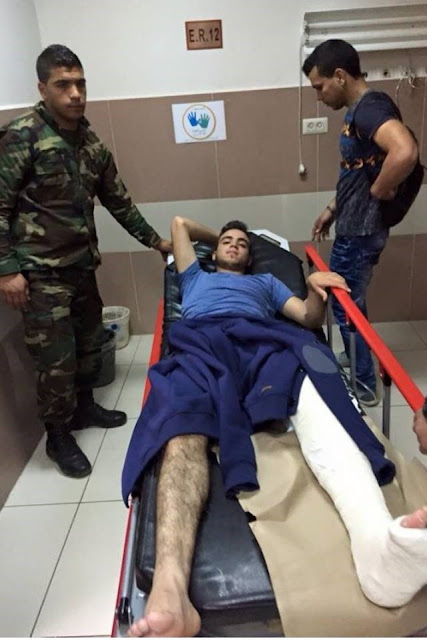 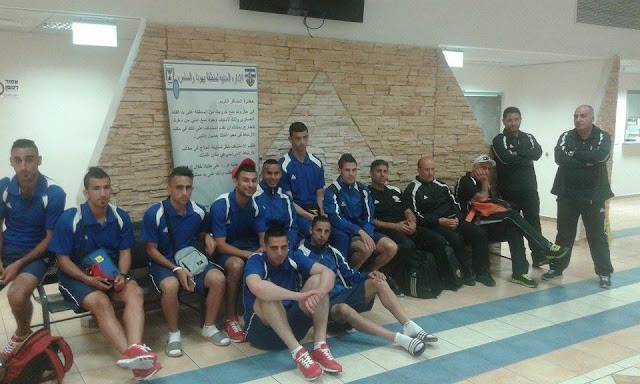 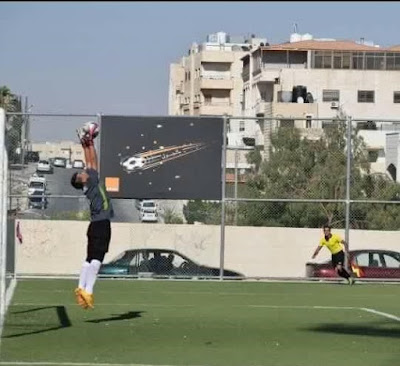 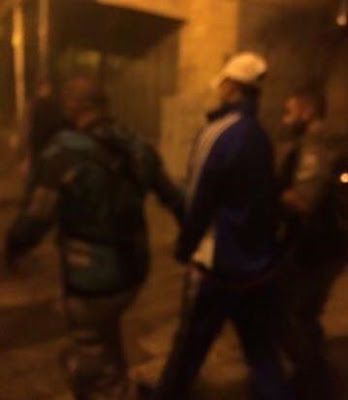 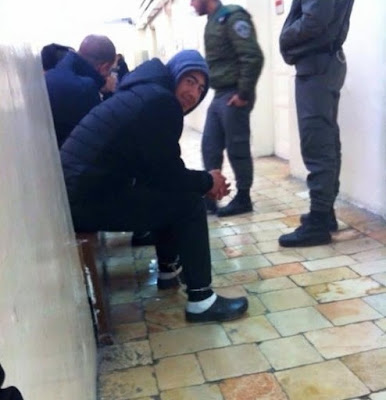 The settlers attacked the vehicle with stones and iron pipes, seriously                endangering the lives of its passengers. The stones and popes shattered            the front windshield, and front mirrors, which in turn led to the injury of            referee Rashid Radwan, who was hit by the glass shrapnel. (037) 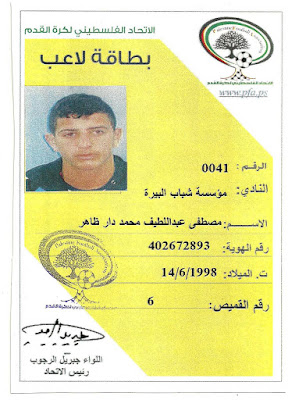 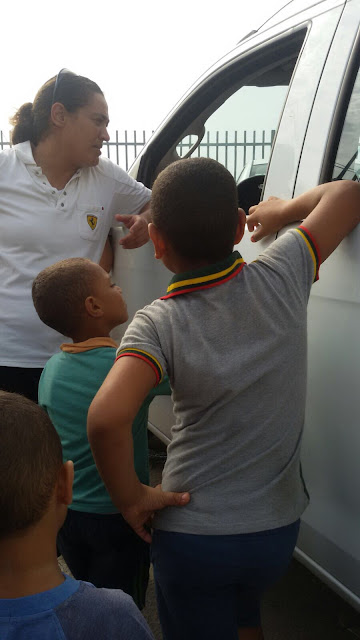 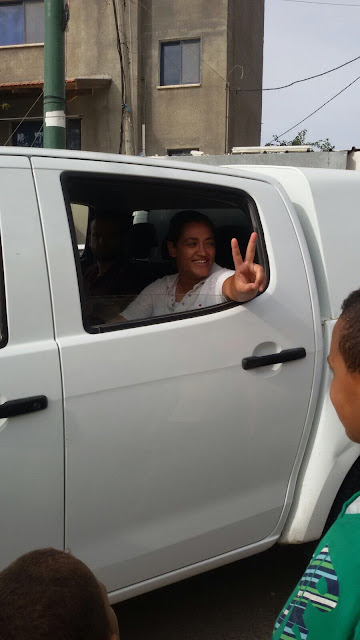 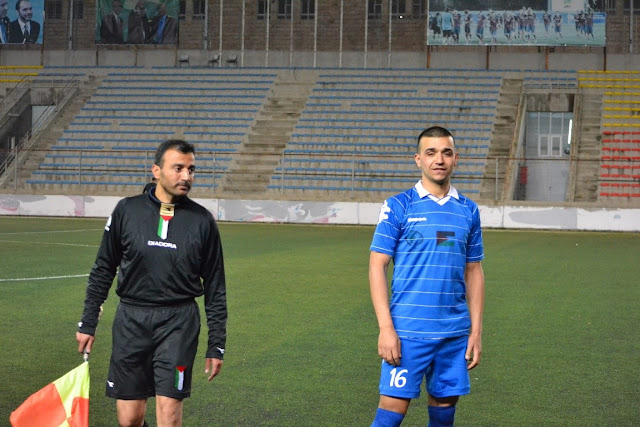 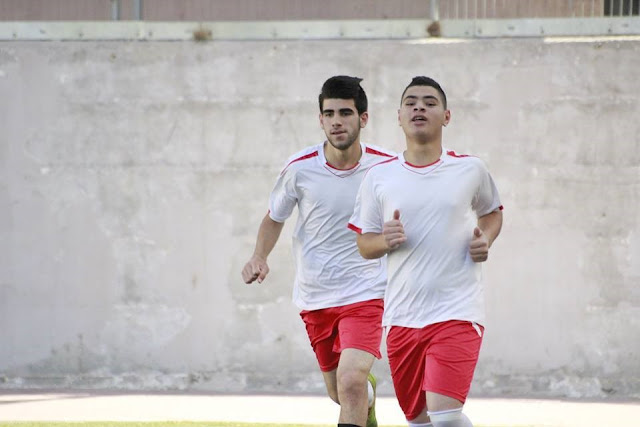 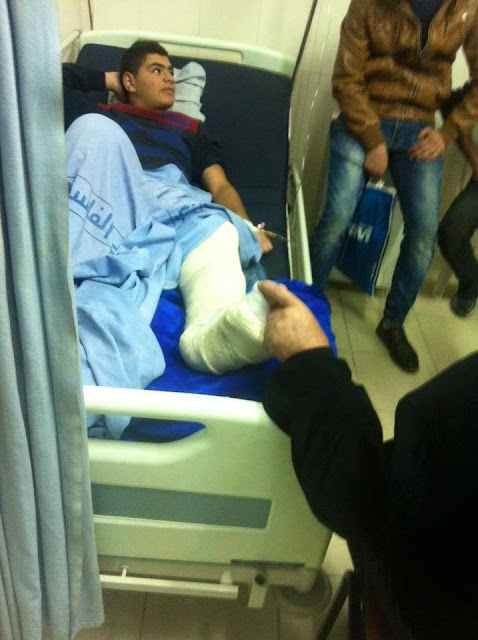 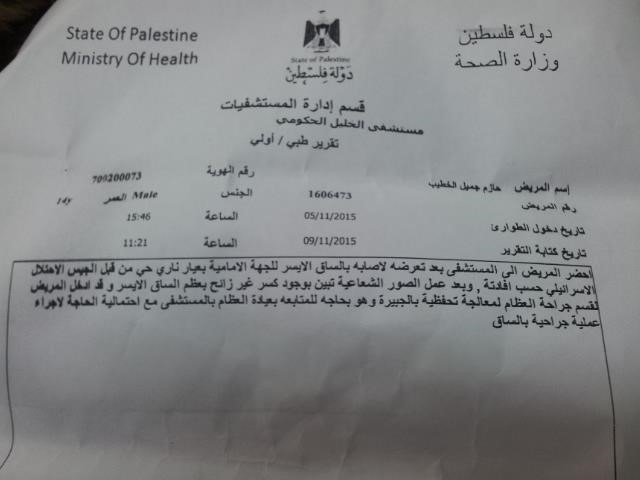 The force took Adnan from his house in Kfar Saba (inside Israel and close        to the Palestinian city of Qalqiliya), after blasting the doors, and messing          up the contents of the house. 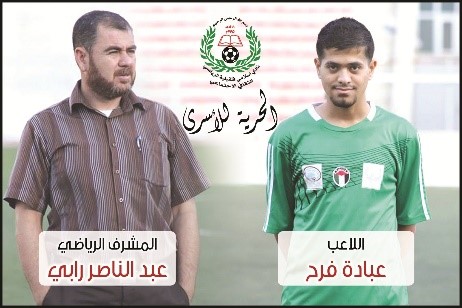 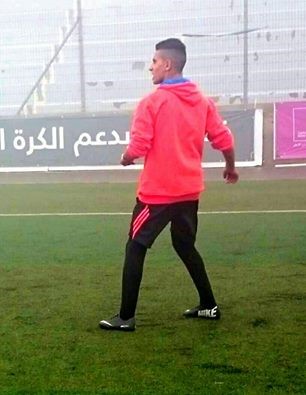 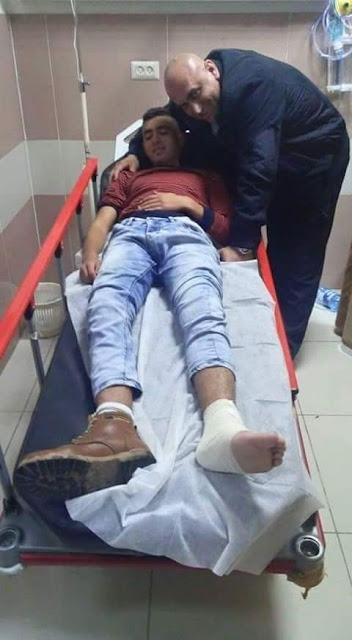 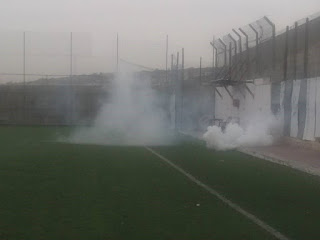 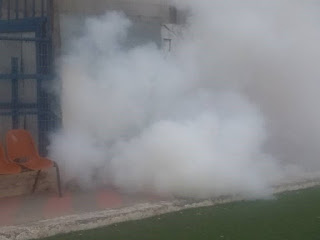 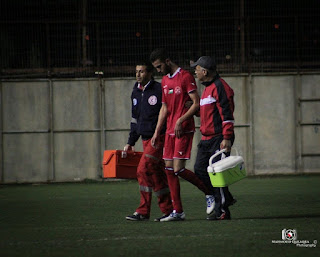 It maybe worth mentioning that Mr. Abu Salim has been moving between          Gaza and the West Bank without issues until this incident.

(The writer would like to acknowledge the help of Ms. Majd Hijjeh who was a great help in collection of statistics and photos on the violations detailed in this chapter)
Posted by S.R.Shalabi at 3:47 AM 4 comments: